The Cereals & Ingredients Division recorded slight growth compared to the previous year. 2018 was shaped by the integration of Zifru Trockenprodukte GmbH and Snapz Foods AG as well as the growth of HOCHDORF South Africa Ltd and Marbacher Ölmühle GmbH.

The Cereals & Ingredients Division generated net sales revenue of CHF 30.7 million in 2018 (PY: CHF 26.6 million; +15.0 %). Marbacher Ölmühle was the main driver behind this growth. Overall, this division has successfully developed several new products and marketed them internationally. In December 2018, Dr Thomas Eisenring, CEO, assumed responsibility for the division on an interim basis. The handover of responsibility from Michel Burla, the long-standing Managing Director, was well organised and smooth.

In the private label category, the Cereals & Ingredients Division of HOCHDORF Swiss Nutrition Ltd launched new Kids' Food products, such as healthy crisps for children aged six months and older, a porridge with whole Swiss milk as well as dried fruits and vegetables for children aged three and older. The entire private label area was given a makeover, resulting in a new, more colourful image, which is more representative of the underlying dynamism and spirit of innovation. The Group received encouraging feedback at the PLMA international private label trade show in Amsterdam.

The integration of Zifru Trockenprodukte GmbH, which was acquired in November 2017, into the HOCHDORF Group was efficient and successful. This is evident, for example, from the fact that Zifru appeared only a few months later, in February 2018, at the BIOFACH trade show in Nuremberg together with Marbacher Ölmühle GmbH.

Marbacher Ölmühle GmbH and Zifru Trockenprodukte GmbH are well on track. They were able to gain new customers throughout the year and largely retain existing ones. Marbacher Ölmühle, for example, increased its net sales revenue from CHF 9.9 million to CHF 12.1 million (+22.8% compared to the PY). Both companies also fared well in terms of the outstanding quality of their products: The hemp seed oil produced by Marbacher Ölmühle won three out of three possible stars at the international Superior Taste Award, and the apricot kernel oil received two stars. Zifru Trockenprodukte GmbH submitted a product to this competition for the first time. The dried apple slices immediately won two stars. The awards are presented every spring by the International Taste & Quality Institute iTQi.

While HOCHDORF South Africa Ltd managed to more than double its sales of Afrikoa chocolate for another consecutive year, they still remain at a relatively low level. Nevertheless, the quality of its products is excellent: The dark chocolate, containing 55% cocoa, received two out of three stars this summer from the jury of the international "Great Taste" awards. The "Great Taste" is a globally important food and beverage award and is considered to be the "Oscar" in the food industry. It is organised by the Guild of Fine Food in the UK.

The Cereals & Ingredients Division is expected to step up its expansion plans this year. The focus will be on the private label sector as well as the brands Snapz and Afrikoa. The first major orders for Snapz products have been received from the US and China. Snapz will also be launching a new website in the first half of the year. The division will also be present at various trade shows and will step up its online and social media activities.

In the current business year, the product segments baking mixtures, VIOGERM® wheat germ and extrudates will be subjected to an analysis. Above all, it looks like a large part of the bakery business may have to be abandoned. Accordingly, the Cereals & Ingredients Division expects to generate lower net sales revenue in 2019 than in the previous year. 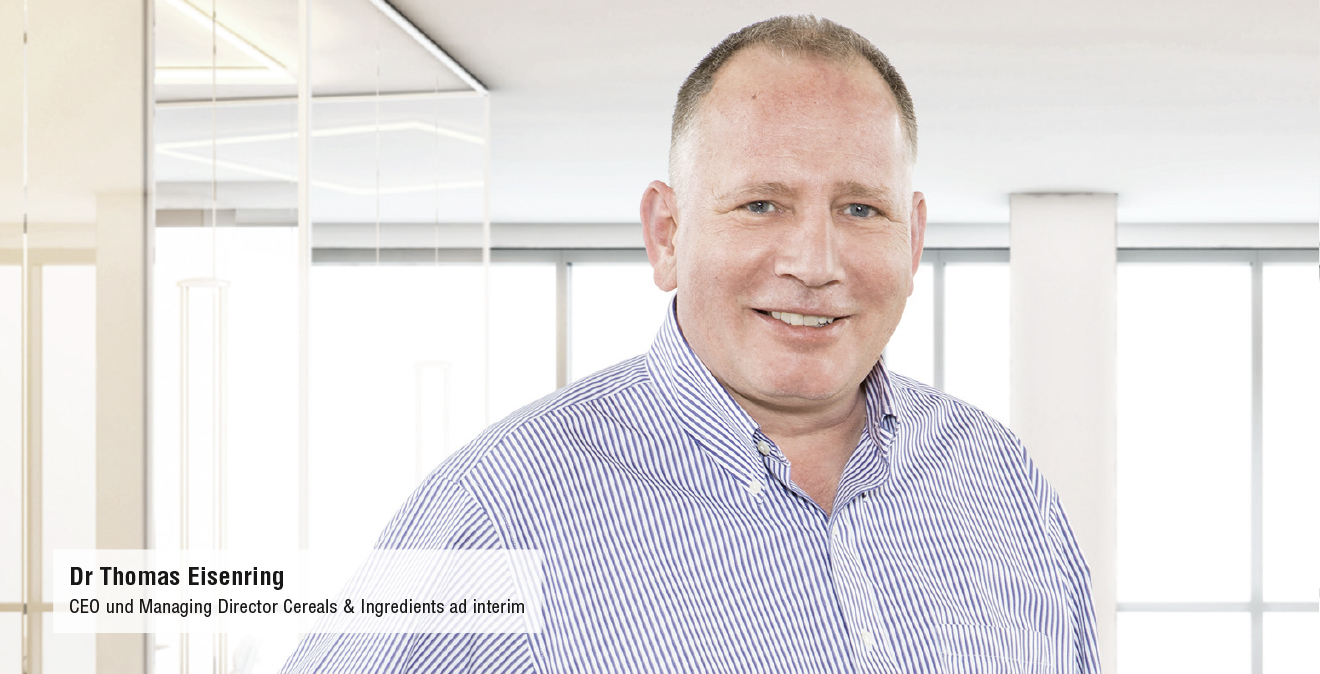 Cereals & Ingredients aims to establish itself worldwide in the private label category and the field of healthy kids' food under the Snapz brand. In the medium term, HOCHDORF South Africa Ltd will seek to market its Afrikoa chocolate internationally. The portfolio will be screened with respect to all other products and adjusted depending on the result. The Cereals & Ingredients Division will focus more on niche products and move closer to the end consumer.