HOCHDORF remains on a growth course and posted a new record high for 2017 in terms of turnover, operating result (EBIT) and Group profit. This was despite a very difficult first half-year and the continuing challenging market environment in Europe. Net turnover increased by 10.9% to CHF 600.5 million. EBIT grew disproportionately by 89.7% to CHF 42.6 million. This trend proves the success of HOCHDORF’s strategy, which is aimed at profitable growth and focused on moving towards closer contact with end customers.

A particular contributor to growth was the acquisition of Pharmalys Laboratories SA, which appeared in the income statement for the first time in 2017. The core business could not keep pace with this trend. In particular, the challenging market environment had a strongly negative impact in the area of Dairy Ingredients. Lower processing quantities and especially the developments concerning export funding («Schoggi law») squeezed earnings. In the area of Baby Care, the volume losses posted in the first half-year, as announced in the interim report, could no longer be made good. The second half-year was however very pleasing, working at high capacity utilisation. The area of Cereals & Ingredients continued to develop positively. The acquisition of Zifru Trockenprodukte GmbH and the formation of Snapz Foods Ltd enabled the extension of the product portfolio to include dried fruits and vegetables, supplementing and strengthening the entire HOCHDORF product range.

The European business mainly involves the areas of Dairy Ingredients and Cereals & Ingredients. To add to the aforementioned difficulties, there were also political restrictions in Lithuania preventing the determination of the price of milk according to market economy criteria. At the milk plant in Germany, the heavily fluctuating milk and fat prices led to major challenges in the market in regard to price-setting and contracting. On the other hand, the oil mill in Marbach continued to perform positively.

Positive development in the Middle East/Africa

Sales and earnings improved markedly in this region with the acquisition of Pharmalys. The potential in this field has far from been exhausted, and Pharmalys is constantly tapping into new markets and launching new products. The challenge here will be to ensure that the organisation can support the continuing rapid growth. It is gratifying that in addition to acquiring new markets, further growth can be achieved in the core markets. Furthermore, we also expect to be able to use Pharmalys’s network for the Cereals & Ingredients products.

Asia is still the region with the largest market potential for Baby Care. As a result of the difficult legislative situation (especially China) and the associated uncertainty, HOCHDORF maintained a low profile in this market in 2017. The new Food Safety Law is also demanding re-registration for all brands. HOCHDORF is addressing this matter, although the costs involved are enormous. We are however planning to increase our commitment and achieve higher sales again in China in 2018. 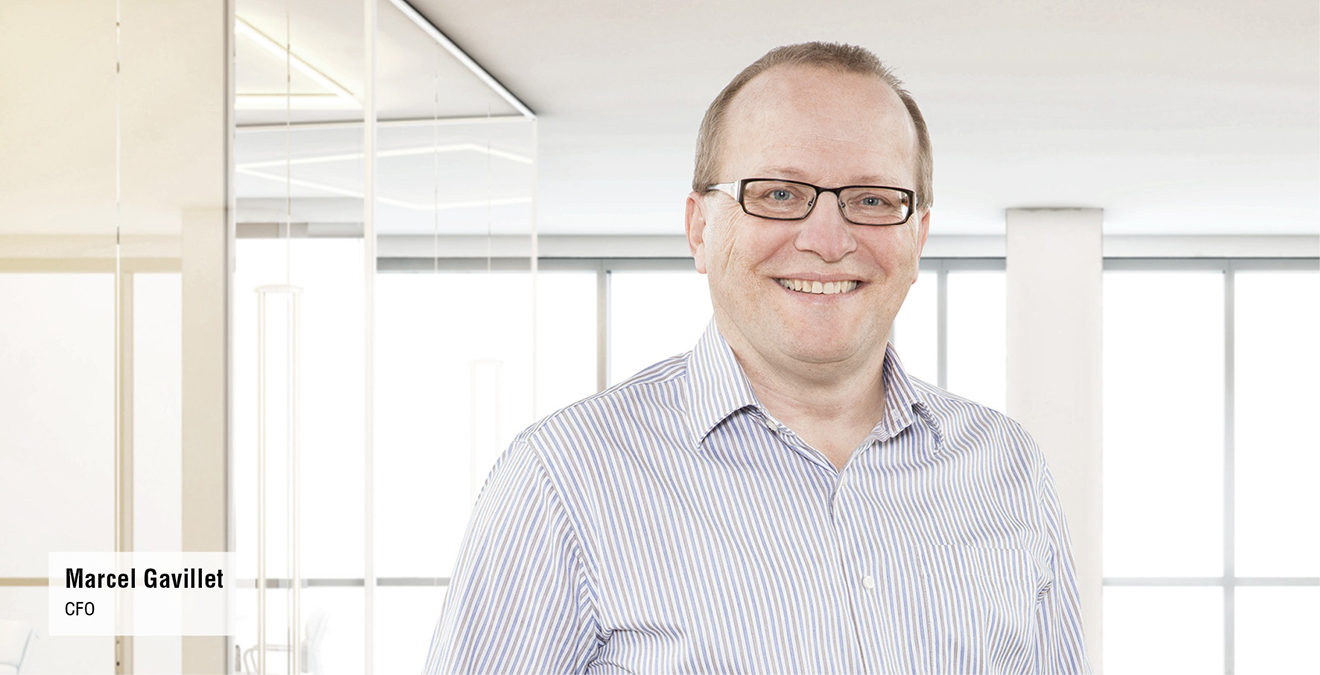 The growth of HOCHDORF is also reflected in the development of gross profit, which increased from CHF 136.8 million to CHF 172.1 million. The new gross profit margin stands at 28.5% (previous year: 25.2%).

Operating expenditures are up 12.5% on the previous year. This however also includes prepayments relating to the new infant formula plant with tower 9, for which staff were already recruited and trained in 2017, and, in particular, the first-time inclusion of the Pharmalys companies. In addition, HOCHDORF has had to invest in the development and expansion of the sales organisation. The total number of employees rose year on year from 632 to 695.

The operational profitability of HOCHDORF is continuing to develop positively. EBIT increased in 2017 by no less than 89.7% to CHF 42.6 million, mainly due to the continuing positive trend in the area of Baby Care and the associated acquisition of Pharmalys Laboratories SA, which will support the profitable development of the Group.

The weakening of the Swiss franc, especially against the euro, has led to a positive financial result overall. It should be noted that the interest expense for the mandatory convertible bond and the hybrid bond in the Swiss GAAP FER financial statements will not be recorded in the income statement, but rather against the borrowed capital item with the sum of the discounted interest payments. The costs for launching the mandatory convertible bond and the hybrid bond are also not part of the income statement, and have been offset against equity.

Tax costs on the operating result were in line with expectations. Here, the expense has increased accordingly due to the positive development of Pharmalys. In the reporting year, deferred taxes on newly incurred tax losses in the foreign companies were capitalised.

Cash flow from operating activities was down year-on-year from CHF 24.2 million to CHF 6.0 million. On the other hand, cash flow from operating activities before changes in working capital increased from CHF 32.2 million to CHF 56.0 million, the main reason being the better operating business and the improvement in the financial result. The accounts receivable item, in particular, has increased considerably as a result of the expansion of business activities. Longer payment terms in the MEA (Middle East Africa) region are the main reason for this. The items are checked on an ongoing basis. Inventories have increased to a reasonable extent.

In the area of investments, more than CHF 89.0 million was spent on plants/buildings/intangible assets. By leaving out the contributions for an expansion of the Sulgen plant, it was possible to finance the remaining investments from the ongoing cash flow. In particular, construction of the new T9/tin line 2 is due to be completed in 2018.

Free cash flow in 2017 was negative, as expected, as a result of the new T9. We also anticipate negative free cash flow in 2018 due to the investments in the expansion of capacity and, in particular, the residual financing of the takeover of Pharmalys.

Net debt decreased from CHF 213.5 million in December 2016 to CHF 0 million. As a result of the refinancing via the hybrid bond no claims had been made on the syndicated loan by the end of the year. The hybrid loan is treated as equity and therefore does not have any adverse effect on net debt. The outstanding purchase price debt for Pharmalys is a non-interest-bearing debt and is therefore also not part of the net debt.

The equity ratio returned to normal from 10.8% at the end of 2016 to 53.1%. The reason for this is the mandatory convertible bond and the hybrid bond. The final purchase price for Pharmalys was determined at the end of 2017. The increase corresponds wholly to goodwill, which was offset against equity. In addition to the purchase agreement, a side letter was prepared as a result of which changes could still arise in favour of HOCHDORF.

The HOCHDORF Group’s financing continues to provide a solid basis for the company’s continued growth.

HOCHDORF has the potential to achieve further growth in all market regions. We are aware that political uncertainties and changed market conditions may have an impact on the companies’ earnings position.